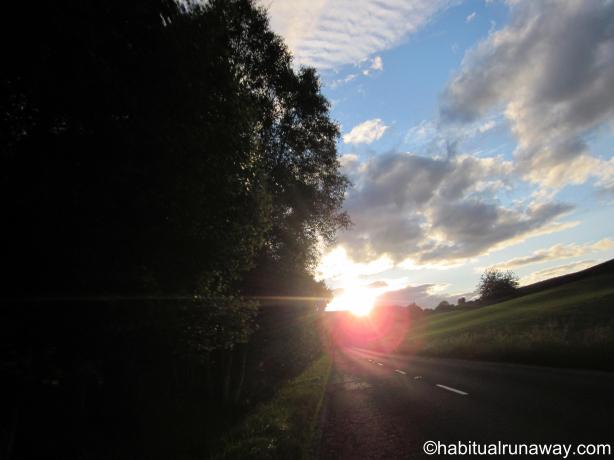 The sun was slipping down the horizon. Luckily we didn’t have far to drive. The distances in Scotland are so short that we literally drove to each corner before we left.

It was about the same, to circle the entirety of Scotland, as visiting my sister – one way.

Maybe that is part of why we like it so much – in Edinburgh but wish you were in Glasgow? Hop in your car or on to the bus and travel an hour, maybe a little more if you run into traffic.

Wanna go north to Inverness? 3 1/2 hours gets you there.

Scotland is (comparatively) little and FULL of incredible ancient history.

It isn’t just the Castles – prehistorically speaking, recorded history states that people lived in Scotland for at least 8,500 years before settling the rest of the region. 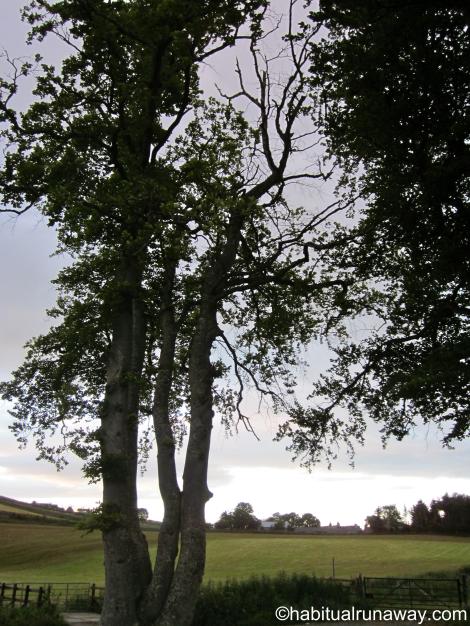 This particular region was an ancient Celtic earldom.

So what had our magic map shown us? The ACTUAL site of the death of King Macbeth (that’s right, he was real – not just a character from Shakespeare’s imagination), the location of an ancient stronghold. 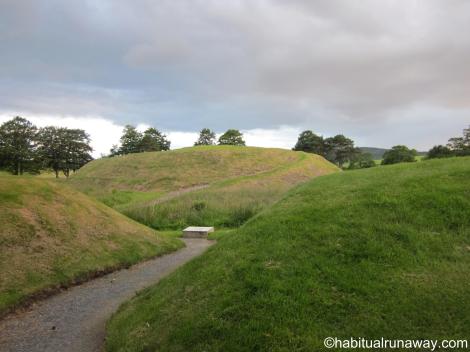 In the 1200’s a family of traditional ‘door wards’ to the King built an earthwork castle on this site in Lumphanan.

A surrender happened here during the Wars of Independence in 1296, and a manor-house known as Ha’ton House was built on the ‘summit’ in 1487.

More interesting to me though, and the reason for our visit, is that the wretched King Macbeth took his last breath in Lumphanan, in 1057.

Shakespeare elaborated and changed details, as many playwrights and authors do, and one of the things he changed were the final moments of Macbeth’s life. 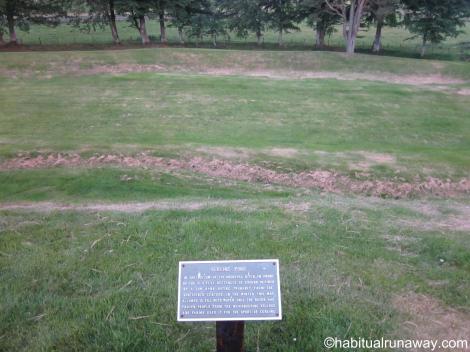 He took his last drink here from a local well, the stone where he was beheaded still sits in the same location, and the bronze age cist containing his bones was discovered here too, in 1855.

Cool, right? And the area is so unassuming. Just farmland with beautiful stone houses, some sheep and goats and a couple of signs.

Surely if a similar site existed in Canada, there would be a causeway leading to it, line-ups, a fee to get in and kiosks selling souvenir trinkets and bad overpriced food.

The only negative is that the area is so understated, if we hadn’t had our magic map, we may not have found it at all!

2 responses to “Macbeth in Lumphanan”