Before departing Canada for our European/UK tour, I looked a bit into my Scottish family history and found out a few things.

My family clan is Forbes. Forbes clan are currently the premier Barons of Scotland. Baronages, left over from the time of Camelot, have an interesting history. 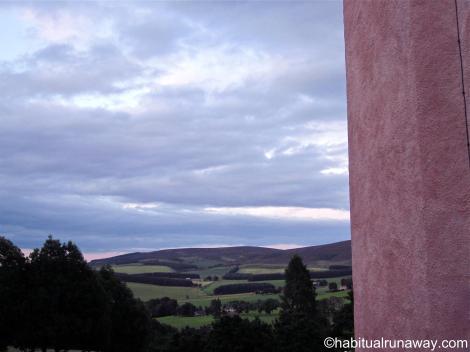 The title, created in 1264 to ennoble the middle classes and collect dues, was initially held by a woman – another interesting aspect of Scottish heritage. Women have long been considered equal (and sometimes greater than – and at times evil – it is an incredible, varied history).

Not so everywhere else – even in Canada it took us forever to have a woman Prime Minister (who didn’t last even half a term in office) – and we have only had that one attempt so far.

So we knew we were looking for Craigievar Castle, and that it was close, in the Grampian ‘mountains’. That’s what the area is called, but I didn’t see any mountains – just rolling hills.

Perhaps my ideas are skewed because I live beside the Rocky mountains in Canada? It was gorgeous landscape, regardless.

What we didn’t know was that in 2010 (just months before our arrival), Craigievar had its colour restored to what was believed to be its original shade – glorious OMG PINK.

Seeing it off in the distance as we approached was surreal – like driving into an illustrated children’s book – about princesses and dragons. My heart raced as we drove up the pink stone driveway. 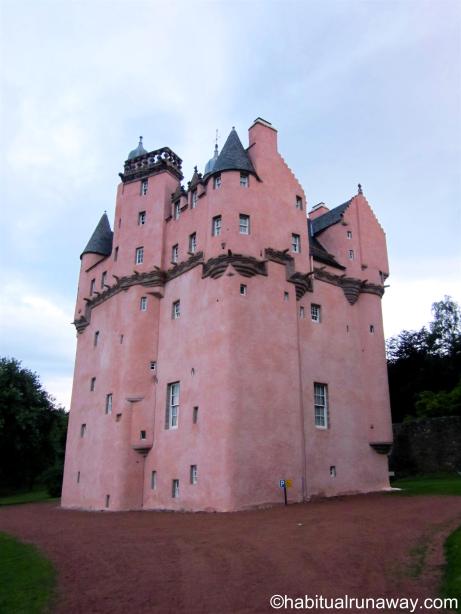 It is said that Craigievar was the inspiration for Cinderella’s castle in the Disney rendition.

The interior is supposed to be as spectacular as the exterior. The ceiling is regarded as one of the top three of its kind in Scotland.

Craigievar originally had a walled courtyard with four round towers, one of which remains today. It looked to me like a little hobbit house with its vine-y stone walls and pointy roof.

Two castles in the area – Muchalls and Crathes, are very similar in design. The owners of the three castles were friends during their construction in the 1600’s.

What really separates the three, other than the interior design, is the local stone used in construction. 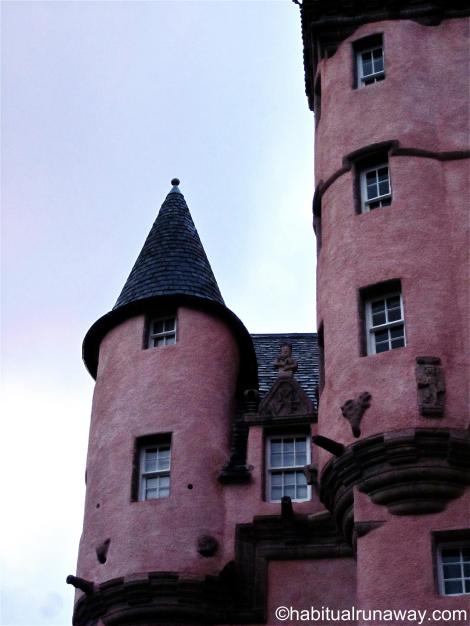 The Baronial architecture of Craigievar, with its ornate interior (that we will return to see on our next UK tour) is considered to be among the best Scotland has to offer.

I think the romantic pink colouring of Craigievar helps a little with its popularity – even the stone of the guard walls and the pathway were pink – and they had not had their colour restored. 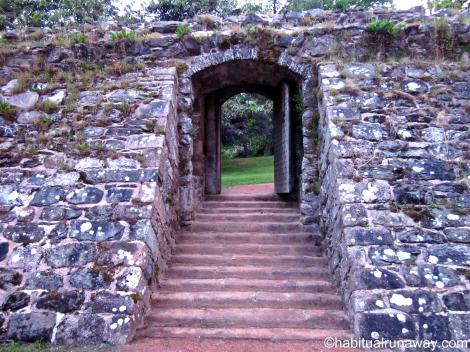 And, so you know – this is one of the moments I wished I was a better planner. We were at the most spectacular example of a fairytale castle (THE fairytale castle) just tens of minutes after its closing – and the caretaker was rushing us around the yard with her annoyed, watchful eye. 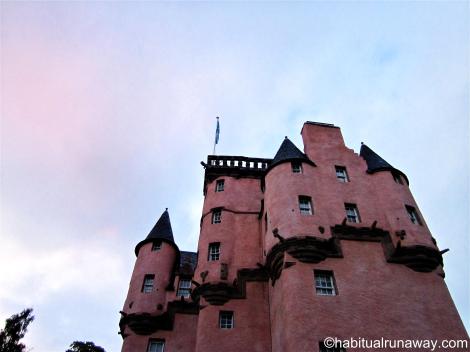 We considered staying overnight in a local bed and breakfast so we could peruse the interior in the morning, but after taking a quick look around, we just knew we were not ready to stop.

We were still full of energy and the desire for adventure and excitement, we knew we had to keep exploring. 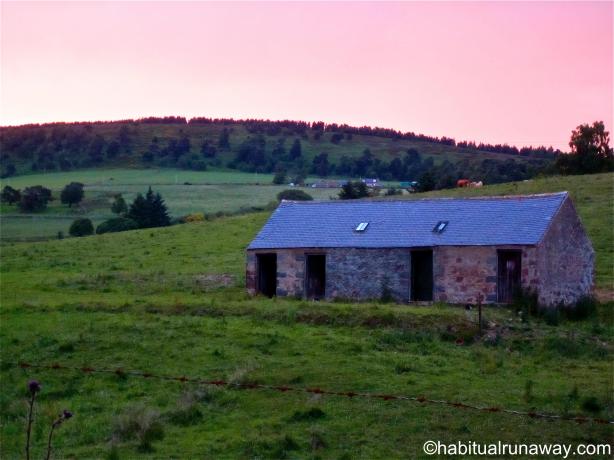 Even the sky was pink, as we drove away from Craigievar.

We caught a glimpse of some ancient single room stone cottages – a tour I took a few years ago explained that some of these structures date back more than 1,200 years. The one I captured above has had a few renovations!