It was not my first time to Scotland, and it will not be my last. If I could, I would pick up my life here in Canada and move to Scotland, in a heartbeat – without hesitation!

I love the landscape, the weather (yes, I do!), the history and the people.

I have never had a single issue while travelling through Scotland (knock on wood) – of course I am not counting the confusion of language barriers – but is that really an issue? 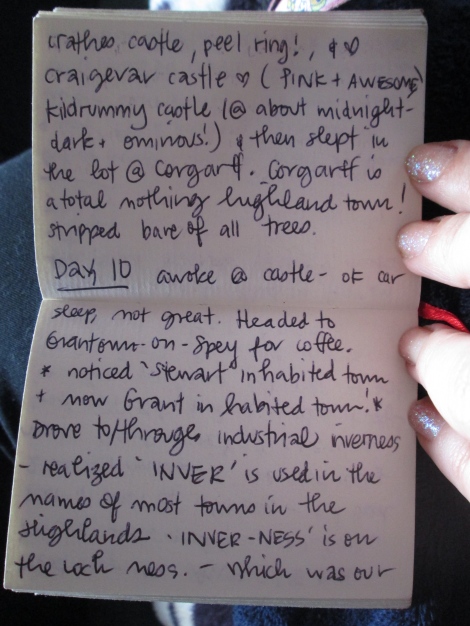 I think ‘an issue’ is being detained on suspicion of counterfeiting Euros while conducting a University tour through new EU member, Slovakia (yes, it happened)!

Or getting arrested on suspicion of shoplifting in France (I am sure I mentioned that one before).

How about being accosted by local authorities who pushed into my room, on suspicion of having an unregistered T.V. in Klagenfurt Austria – that scared me too! THOSE are ‘issues‘.

A language barrier is just a quirk, if you ask me!

I always say, to anyone who asks, that if they travel to only one place, it should be Scotland. Why? Money plays into that statement a bit – Scotland is only slightly more expensive that Canada.

And the locals bear significant weight on that assertion as well. Scotland is a friendly country – from top to bottom and at each corner – the locals were kind, funny, accommodating and conversational (even when we couldn’t understand them!).

Often when on excursion, I find the local people to be a bit negative toward travellers. I have to admit that it is possible that I myself have been outwardly annoyed and impatient with travellers visiting Canada (shame on me!). 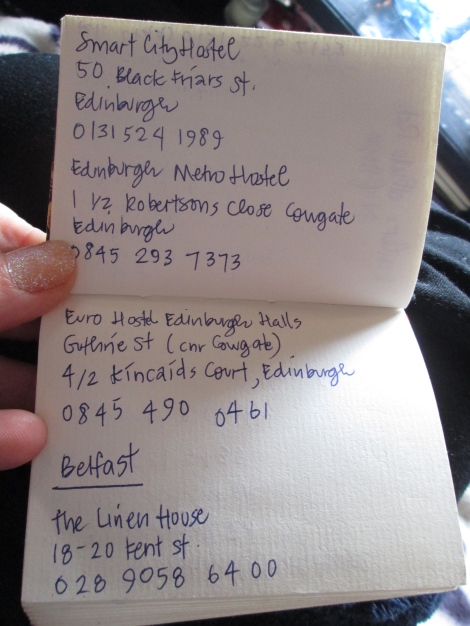 Not ever has this happened to me, or anyone I have personally spoken to, in Scotland (another knock on wood!).

And of course there are the castles. I know the Scots are generally not impressed by their historical architecture (as we Canadians are generally not impressed by our trees and forests), but I have yet to meet a non European traveller that wasn’t blown away by the castles, manor homes, stone circles and major historical references – including myself.

My (Scottish) Mum and I have thought about volunteering ourselves. If you are in decent health and have some free holiday time, why not look into it?

9 responses to “Scotland – The Notes”