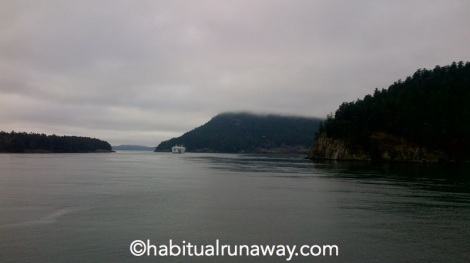 We hadn’t made the trek to Vancouver Island in a while, and with one of our children in University there, we decided it was time to make the pilgrimage.

Though the island is not far by kilometric distance, it is a real journey to get there and back. And at about $100 for the ferry one way (if you are travelling with a vehicle), it is not a cheap trip either.

The ferry terminal at Tsawwassen is well serviced with the addition of the Quay Market. Bathrooms, books, coffee and snacks, clothing, toys and trinkets can be found inside. Outside there are play areas for your kids, and pet areas for your dogs.

You don’t need a reservation to travel, but if it is a long weekend or holiday of some sort, you might want one anyway. Nothing is worse than being trapped on an island when you have somewhere else to be!

Vancouver Island (only 80 km at its widest point, and about 450 km long) is one of many Canadian places named after George Vancouver, a British Royal Navy officer who explored the Pacific Northwest coast of North America between 1791 and 1794.

The island experiences earthquakes and tsunamis from time to time. The last major impact happened in the 1960’s when a violent earthquake hit off of the coast, throwing tonnes of water onto the north island, causing millions in damage.

Minor earthquakes happen quite frequently on and just off the island without incident. That doesn’t mean the island is completely unaffected – being exposed to the pacific ocean, debris from Japanese earthquakes and tsunamis wash up to shore here.

Victoria is known as Canada’s paradise (and Gods waiting room – due to the large retirement population).

Twenty years ago, while in the midst of a visit to a bitter cold Alberta winter, I decided to see the island for myself. At the time it was -37 celsius (snowing and blowing) in Alberta and +17 (green and warm) in neighbouring Victoria. I stayed for a year.

The island houses just over 750 thousand people, and is the only part of British Columbia below the 49th parallel.

It is still home to three separate Native indigenous peoples and, like much of North America, it has had a particularly grim history regarding the (European explorers) treatment of Natives.

In places like Alert Bay, the residential schools where Native children were placed for ‘cleansing’ and Christian-izing, still stand. Many have been reclaimed and are now being used for the betterment of struggling Native communities.

Observation began here in 1774. It was a popular place for fur trading. Canada’s national animal, the beaver, came from this era. Beaver pelts were favoured for a type of hat that was in fashion at the time in Europe.

There is so much history to experience on the island, and we only had a couple of days. So this tour we were going to focus on castles, cemeteries and rain forests.

17 responses to “To Vancouver Island”