Many different types of people made it to Barkerville. It wasn’t just the miners. Eventually their loved ones came as well.

Wives and children, siblings and sometimes even parents would follow the gold to isolated northern BC.

You can get a real idea of the personalities that once lived here by looking at the interior of their homes.

Some were filled with family photos and fancy furniture, others contained newspaper cut outs pasted on walls, and hand carved furnishings. 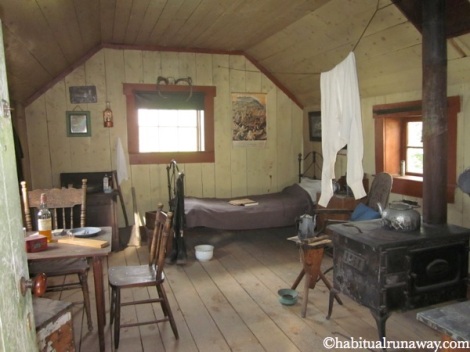 You could also be sure to see a bottle on the table of every mining cabin – and perhaps some cards.

There were also school teachers and doctors, barbers and a pharmacist.

The history of each building has been clearly documented and the restoration is very accurate. Just looking at all of the interesting artifacts brings me back to an era 150 years old.

While on site we were told of how the local dentist used to practice his craft.

He opened up right across from the saloon, and to get dental work done (limited to pulling mostly), you were requested to buy a bottle of whiskey, drink half of it and bring the other half in to be used as antiseptic.

I would have to be pretty drunk to get my tooth ripped out by a plier like tool without an anesthetic – but I guess 1/2 a bottle of whiskey would knock me (or most anyone) out well enough!

It was really quite gruesome looking at the medical tools of the day, after being reminded how archaic doctoring was in the mid 1800’s.

A lack of knowledge about hygienic practices, wives-tale type beliefs, a rip and pull methodology – and the general drunkenness of most of the men – whether doctors or dentists or not…

You would be praying for good health, for sure!

The biggest profit to be made though, was in running one of the general stores. You can see by the historically accurate picture below, that there was a basic theme – booze and guns. 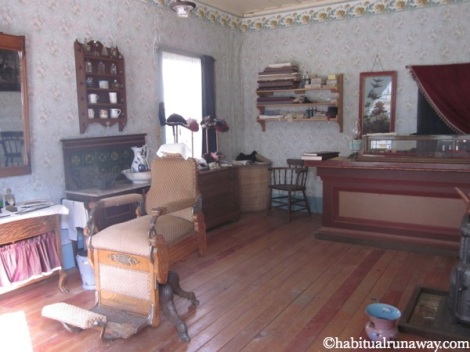 This was also where you would buy your food stuffs – there just wasn’t as much of that around.

Often the people of Barkerville found themselves in a food ration type situation. It never seemed there was enough to eat. 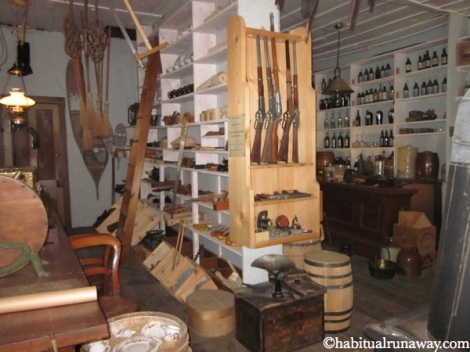 Chinese immigrants were an important part of Barkerville for more than a century. With the development of the Kwong Lee Company – a store that sold groceries and building and mining supplies.

They were able to branch out into other communities, but their Barkerville location remained their most popular – and one of the most thriving businesses in town. 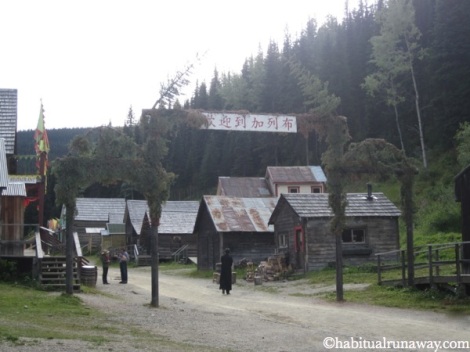 The Chinese community maintained their peace without using BC courts. Instead all issues were dealt with internally via their benevolent society.

They were the first to build bunk houses to sleep more than one man. By rooming five or six or eight together, they could save a lot of money, and enjoy the support of a strong community.

They even built a type of nursing home for their elders.

Chow Dong Hoy was one of Barkerville’s greatest photographers. Many of the historically rich photos that remain today were taken by him. 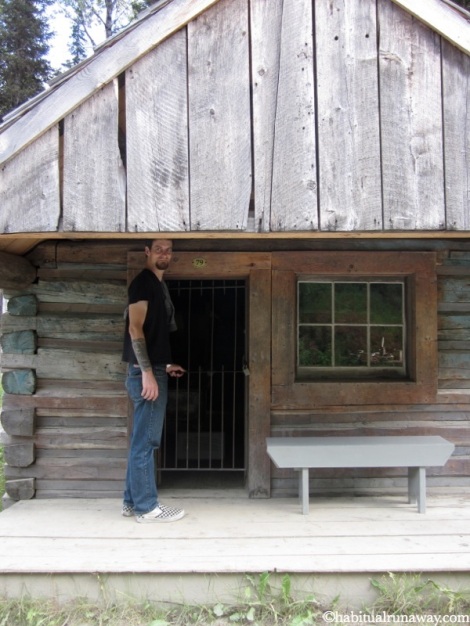 He was fascinated by the many ethnic cultures that he encountered in Barkerville, and focussed many of his portraits on the intermingling of these different peoples.

You can check out some of these incredible photos at barkerville.ca.

This year, the Barkerville Heritage Trust is sending an exhibit to China, commemorating 150 years of Chinese relations in the area.

I thought it was interesting that no matter how I tried, I was unable to take a clear photo of one particular Chinese mens bunk house, pictured above and to the right.

Perhaps there was some kind of metaphysical action going down in the bunk house – Barkerville is (of course) said to be haunted.

You can follow this tour by heading to the ‘Gold Rush Ghost Towns‘ section. Many more photos at the Habitual Runaway on Facebook.

6 responses to “Inside Barkerville”